Homo floresiensis skullUNIVERSITY OF WOLLONGONGNew research suggests that Homo floresiensis—ancient hominins often called “hobbits”—lived closer in time to modern humans than previously thought. Researchers from the University of Wollongong in Australia have found evidence that modern humans were using fire on the Indonesian island of Flores as far back as 41,000 years ago, whereas the hobbits lived until roughly 50,000 years ago, the team reported today (June 30) in the Journal of Archaeological Science.

“This new evidence, which is some of the earliest evidence of modern human activity in Southeast Asia, narrows the gap between the two hominin species at the site,” geoarchaeologist Mike Morley of Wollongong said in a statement. Because there has been no evidence that hobbits used fire, Morley noted that the fires were most likely built by modern humans.

Morley and colleagues used a method called micromorphology to examine sediments from the cave, then used radiocarbon dating to determine the age of each layer they studied. The team now plans to look for evidence that modern humans may have overlapped with H. floresiensis, possibly leading to the extinction of the latter species, according to the statement.

Earlier this month (June 8), scientists announced their discovery of the oldest-known hobbit remains from Flores, quelling doubts about the species’ existence. 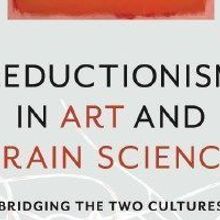