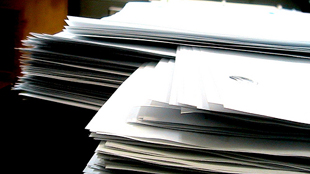 FLICKR, JOEL PENNERGender inequality is rampant in the sciences, but most of the evidence that could illuminate this problem is outdated or anecdotal. Now, researchers from Indiana University, the University of Montreal, and the University of Quebec have looked at citations across disciplines by gender and demonstrated that female scientists publish less and receive fewer citations than their male counterparts around the world. The analysis was published as a comment in Nature this week (December 11).

The team classified authorship by gender for over 27 million authors of nearly 5.5 million papers published between 2008 and 2012. They found that in the majority of countries—including the U.S., U.K., Japan, Canada, and China—women published less than half as often as men. In countries with fewer total papers, women contributed more equally. The researchers also examined collaborations and found that women did not have has many international collaborations as men...

The authors acknowledged that their analysis was limited since they did not assess the role that age could play in explaining gender disparities, and because paper authorship was the only measure of research productivity they assessed. “Seniority, authorship position, collaboration, and citation are highly interlinked variables,” coauthor Cassidy Sugimoto of Indiana University said in a statement.

The researchers did not try to explain the disparities, but Sue V. Rosser of San Francisco State University, who was not involved in the work, offered one possible reason. “Since men dominate the more expensive fields in science, as well as the experimental fields, and have more grants, they tend to have more people in their labs, produce more results, and publish more than women with smaller grants and laboratories,” Rosser wrote in an e-mail to The Chronicle of Higher Education.

“Given the culture of evaluation that exists in academia nowadays, it means women are probably less likely to gain top positions in the hierarchy,” coauthor Vincent Larivière of the University of Montreal told The Chronicle.