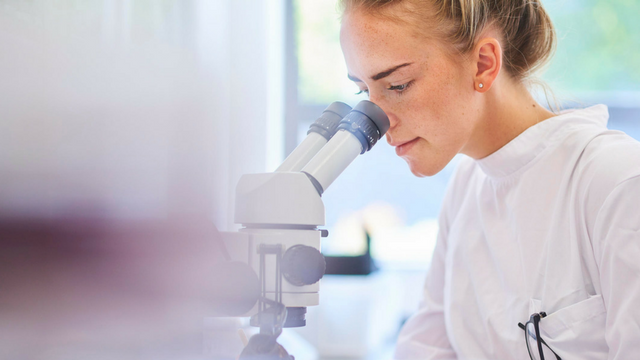 ISTOCK, STURTI In agreement with previous research, a new study has found that female scientists, by and large, publish less scholarly work than men. The results were consistent across the natural, biological, and social sciences as well as in more male-dominated fields such as engineering and physical sciences.

The study, published last week (November 1) in Education Researcher, addresses several flaws in previous research on gender gaps in publishing among doctoral students. The authors note that earlier results were too generalized, being based on broad analyses of large databases polling data from multiple institutions, and did not offer a systematic comparison of publication rates of males and females at the same academic stage and within their respective fields.

Prior methodologies have made it also difficult to determine the reasons for the gender gap. Various explanations have been put forward: A study in 2011 suggested it could be that women...

To address these issues, researchers drew on data from a survey of 1,285 recent PhD graduates from one large academic institution, which was not named in the study. The survey not only asked for the number of scholarly publications throughout their programs, but also included questions about the numbers of first- and solo-authored submissions. The researchers assessed the students’ satisfaction with various aspects of their program, such as advising and financial support.

They found that male doctoral students published considerably more than did their female peers, and this was a consistent phenomenon across many fields. In the engineering and physical sciences, where the disparity was largest, lead author Sarah Theule Lubienski of Indiana University tells Inside Higher Ed, male doctoral students reported submitting 7.2 research articles, whereas the figure was 5.5 for women. Men also first-authored their published work more often than women.

Men tended to rate their relationships with their advisors and support from their research faculties more favorably than women, and this correlated with publication submissions. This is consistent with previous research suggesting that male PhD candidates may receive more mentoring during their training.

The study is in line with a general gender bias in science, including biases in hiring female STEM faculty, in science publishing overall, and even when it comes to research citations.

There still isn’t a solid explanation for the gender gap. Lubienski, who is a mathematics professor, says that universities should start taking a leading role in doing such research. “Universities should take stock of patterns on their own campus, including their female doctoral students’ research mentoring and productivity, as well as whether females are disproportionately serving as teaching assistants,” she tells Inside Higher Ed.

She considers the overall results “disturbing,” and says that more work is needed to close the gap. “[Universities] should also be sensitive to parenting responsibilities that students may have and provide the flexibility needed to balance researcher and parenting roles.”