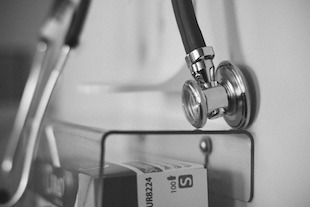 Researchers recently measured the prevalence of female first authors on studies in six high-impact medical journals over a 20-year period. While the overall representation of women has increased, the figure has begun to plateau—and even decline—in some journals in recent years, highlighting the ongoing issue of gender imbalance in medical research, according to a study led by researchers at Baylor Scott & White Health in Dallas, Texas, published March 2 in The BMJ.

How often a researcher nabs the coveted first author position can affect everything from her pay to her likelihood of getting tenure, Carolyn Lam, a cardiologist and professor at the Duke-NUS Medical School in Singapore, told NPR’s Shots. “This is our livelihood,” said Lam, who was not part of the study. “It’s important.”

Giovani Filardo and Briget da Graca of Baylor Health and their colleagues tallied the number of female first authors for studies...

For the more than 3,700 studies considered, in which the first author’s gender could be determined, 34 percent had female first authors. That number has increased—from 27 percent in 1994 to 37 percent in 2014. However, it has declined in recent years in both the NEJM and The BMJ, the authors noted. The BMJ had the highest total proportion of female first authors, the researchers reported; NEJM had the lowest.

The study ruled out a possible bias among journals toward publishing large, randomized controlled trials, which women may be less likely to lead because they typically receive less funding than men. Nor were the differences explained by a preference for publishing studies on male-dominated specialties or in specific geographic regions, the researchers reported in their paper.

One explanation could be that reviewers in medical journals are biased against female authors, Deborah Diercks, chair of emergency medicine at the University of Texas (UT) Southwestern, told NPR. “I do believe it’s truly unconscious and unintentional but it amazes me that [that bias] is still there,” said Diercks, who was not involved in the study.