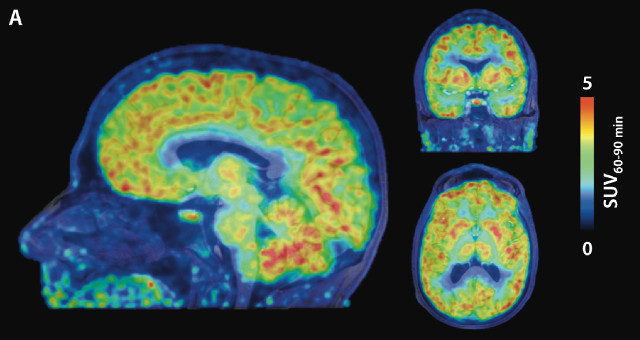 Gene transcription–regulating HDACs play a role in neurological disorders such as Alzheimer’s disease. The team applied its modified PET imaging approach on eight healthy volunteers, monitoring where the HDACs were switching off brain gene expression over time.

“It’s a good start for determining which epigenetic processes occur in the brain,” Isabelle Mansuy of...

“I’m hoping these colorful maps let us compare healthy brains with the brains of people with schizophrenia, Alzheimer’s, and other diseases,” Massachusetts General’s Jacob Hooker, who led the study, told STAT News.

“Just because we can see where HDACs are working doesn’t automatically mean we understand how to interpret the signals,” he told The Verge. “The biggest gap is that when we see something different in patients, we’re still not going to know exactly what to do.”