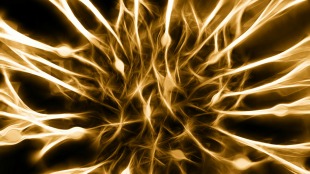 PIXABAY, GERALTBy analyzing the DNA of people who have been insensitive to pain since birth, researchers have homed in on an epigenetic regulator tied to the disorder. Mutations in PRDM12, a gene that appears important for the proper development of sensory neurons, cripple its ability to modify histones, researchers reported in Nature Genetics this week (May 25).

“We are very hopeful that this new gene could be an excellent candidate for drug development, particularly given recent successes with drugs targeting chromatin regulators in human disease,” Ya-Chun Chen from the University of Cambridge who led the work said in a statement.

As The Guardian reported, two other genes, SCN9A and SCN11A, were already associated with congenital insensitivity to pain. Both encode sodium channels. In the latest study, a large group of collaborators analyzed DNA from 11 families with members who have the condition. Among the affected family members, the...

“PRDM12 is essential for the sensing of pain in humans, as pathogenic mutations cause a congenital loss of pain perception. Our data imply that the pathological mechanism involves a loss of control of histone modification during critical points in nociceptor genesis,” the authors wrote in their report.

According to GenomeWeb, “based on these findings, those involved in the study speculated that it may be possible to tap into such pathways both to understand conditions such as [congenital insensitivity to pain] and develop strategies for treating individuals who experience high pain levels and/or long-lingering pain.”