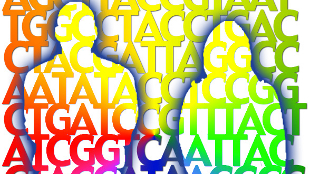 Last week, consumer genomic testing company 23andMe received its first ever patent, which secured the intellectual property surrounding a variant of the human SGK1 gene that may prove to protect individuals carrying the LRRK2 G2019S mutation from developing Parkinson's disease. The move, announced on its blog, The Spittoon, last week (May 28), stirred up a storm of questions about the company's true intentions given the controversial nature of patenting genes.

23andMe cofounder Anne Wojcicki wrote in the post, "Our patent is an important step in ensuring that we’ve done all we can towards successful translation of this discovery." She explained that officials at the company feel that "patents should not be used to obstruct research or prevent individuals from knowing what’s in their genome." But she added that the patented gene variant, the function of which was ascertained using genomes...

Some commenters on the blog were not quite convinced of the nobility of 23andMe's intentions. "I think 23andme is going to have to work a lot harder to sell this as a positive to the PD community," wrote a commenter identified only as Jim. "Some flawed logic, I think. Better to just admit that it’s profit-driven?"

King's College London research fellow Stuart Hogarth, who writes the blog GeneValues, questioned 23andMe's strategy regarding patenting the SGK1 gene variant for use as a potential therapeutic starting point. "Your patent application was wider than therapeutic applications covering risk prediction, diagnosis and prognosis," he wrote as a comment on the 23andMe blog. "If your intent was only to support therapeutic R&D then why does the patent cover diagnostic applications?"

The decision undermines 23andMe’s outspoken goal of bringing genomics research to the masses, he added. "If, as you frequently avow, 23andme wants to 'democratise genomics,' then this is the kind of issue on which you should be seeking feedback from your customers and the broader polity. It’s not a very sophisticated definition, but my understanding of what a democracy should be is a system where everyone has their say, and where what they say counts for something. Trying to reconcile that with a corporate system of decision-making may prove as challenging as trying develop a sustainable business model for consumer genomics, but if you really want to democratise genomics (rather than just commodifying it), then that is the task you face."

In response to these pointed comments, the company again argued that the patent is necessary for the commercial development of Parkinson’s treatments. "We know that patents can be controversial and that some of you may simply disagree with the approach we’ve taken. We encourage the discussion to continue here on this post and elsewhere," 23andMe replied in the comment string on May 30. "We believe that our patent is the best way to ensure that this discovery translates into new treatments. If our continued research on SGK1 offers promise, the patent may be crucial for a pharmaceutical company to take the next step and begin drug development."

On June 1, Wojcicki added an addendum to the post clarifying the company's "core beliefs." Among other, more general assurances, she wrote that the company "will not prevent others from accessing their genetic data or its interpretation specific to our patents…. Other entities can present information about the genetic associations covered in our patents without licensing fees. As has always been the case, 23andMe customers can freely apply their raw genetic data to other interpretation tools whenever they wish."