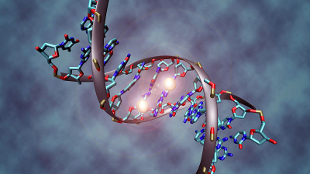 The American Civil Liberties Union (ACLU) and the Public Patent Foundation filed documents last week re-challenging Myriad Genetics’ right to hold patents on BRCA1 and BRCA2 genes—mutations in which are associated with a higher risk of breast, ovarian, and other cancers. The parties are set to meet in the federal appeals court in Washington, DC, next month (July 20). By then, it will almost be exactly one year since an appeals court in New York ruled in favor of Myriad Genetics, arguing that the company’s seven patents on the BRCA genes were based on isolated and amplified DNA sequences, and are therefore eligible for patenting because they are not direct products of nature.

Interest in the case against the diagnostic company was renewed this past March, however, when the Supreme Court ruled that patents on two blood tests from a...

This ruling “reinvigorated our concern that there are too many patents on natural phenomenon,” Sandra Park, an ACLU attorney representing the plaintiffs, told Nature. “That’s what we’ve been arguing all along.”