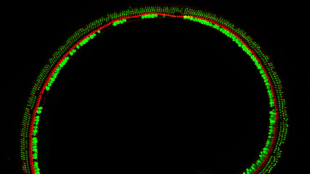 CHARLES ASKEWMutations in a gene called TMC1—which produces a protein essential for proper hair cell functioning in the inner ear—is responsible for 4 percent to 8 percent of cases of deafness in people. Using a mouse model in which Tmc1 was either missing or mutated, researchers partially fixed the animals’ hearing impairment with gene therapy, according to a study published in Science Translational Medicine this week (July 8).

“It would be premature to say this is ready for the clinic,” Jeffrey Holt of Boston Children’s Hospital and Harvard Medical School told NPR’s Shots. “But I am optimistic that in the not too distant future some of this really could make a difference in people’s lives.”

Holt’s team had showed a couple of years ago that TMC1 and TMC2 are vital for mechanotransduction—the process of translating the movement of hair cells’ fingerlike projections into electrical activity. Now...

“You can’t be a geneticist and not have your heart beat a little faster when you see a study like this,” Robert Green, a geneticist at Brigham and Women’s Hospital who was not involved in the study, told The Boston Herald. “This is exactly the direction we need to be going in.”

Holt told the Herald his group is pursuing ways to make the treatment longer lasting—it only held up for a few months in the mice—and applicable to people with other genes involved in their deafness.