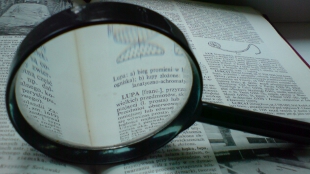 WIKIMEDIA, LUPAA former postdoc who studied gene therapy at the Mount Sinai School of Medicine in New York is guilty of research misconduct, according to the US government’s Office of Research Integrity (ORI). Retraction Watch broke the news today (April 25) that Li Chen—who was a postdoc in the lab of Savio Woo, a noted gene therapy scientist—faked data that appeared in four published studies, four National Institutes of Health (NIH) grant applications, and a submitted manuscript that was never published.

Six papers from the Woo lab were retracted from PNAS, the Journal of the National Cancer Institute, Human Gene Therapy, and Molecular Therapy in 2010. Chen was listed as an author on four of those papers. The ORI found that Chen, “intentionally, knowingly, and recklessly fabricated and falsified data reported in four (4) publications, one (1) submitted manuscript, and four (4) grant applications” that claimed...

Apparently, Chen fudged 19 figures, including images that illustrated the chromosomal locations of integration sites, reported the use of PCR to determine integration frequencies, and represented the detection of chromosomal translocations in human cells, among other fabrications. In some cases, Chen indicated that gene therapy experiments were successful when in fact the experiments were not even performed.

Mount Sinai dismissed Chen after conducting its own investigation in 2010, but now the former postdoc is ineligible for grants from the NIH and can’t serve on any of the agency’s committees for the next three years, according to the ORI.