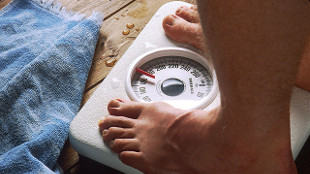 Beyond diet and exercise, recent studies in mice and humans have suggested that factors such as exposure to antibiotics and the makeup of the gut microbiome can affect an individual’s obesity risk. Interactions between these environmental influences and genetic risk factors remain poorly understood.

One obesity-associated genetic variant has a greater impact on the risk of obesity for people born more recently, according to a study published last week (December 29) in PNAS. Researchers analyzed changes in body mass index (BMI) over time in a cohort of more than 5,000 people enrolled in the Framingham Heart Study in 1948, as well as their offspring, whose health has been tracked since 1971.

The study focused on a particular variant in the fat mass and obesity associated (FTO) gene, which has been found in several recent studies to confer an increased risk of obesity....

Although specific environmental risk factors were not addressed in the study, the researchers propose that the rise of high-calorie diets and more sedentary lifestyles in the U.S. after World War II contributed to the observed effects of the FTO variant.

“We know that environment plays a huge role in the expression of genes, and the fact that our effect can be seen even among siblings born during different years implies that global environmental factors such as trends in food products and workplace activity, not just those found within families, may impact genetic traits,” study coauthor James Rosenquist of Massachusetts General Hospital said in a statement.

“Our results underscore the importance of interpreting any genetic studies with a grain of salt and leave open the possibility that new genetic risk factors may be seen in the future due to different genetically driven responses to our ever-changing environment,” added Rosenquist.