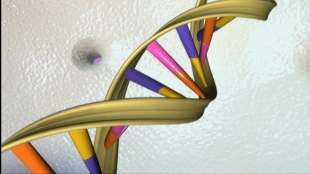 “Firstly, we’re far behind on the level of funding that we’d need to hit our $125k. But that in itself isn’t a reason to take it down early,” GeneHub announced on its Kickstarter page. “Yesterday we learned that there is a genomics company called Genohub that we were unaware of, putting the brand and video and everything we’ve worked so hard on squarely in ‘trademark violation’ zone.”

According to Re/code, GeneHub’s plan was to raise $125,000 through Kickstarter and offer whole-genome sequencing...

Hank Greely, the director of the Center for Law and the Biosciences at Stanford University, told Re/code that avoiding such interpretation may not help the company escape regulatory scrutiny—and it perhaps it shouldn’t anyway. “Who is going to make sure they are accurate?” he asked. “Or, at least, make sure they give their customers an honest and accurate assessment of just how (in)accurate they are? I think someone should—and that someone probably shouldn’t be the company itself.”