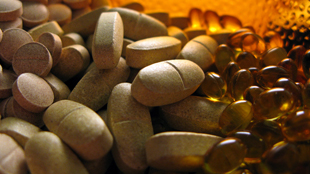 Both companies marketed supplements and skincare products allegedly customized to customers’ genomes that cost at least $100 a month. The FTC also took issue with lax security regarding customers’ personal information—including Social Security numbers and genetic data. “It doesn’t matter whether the claims deal with the benefits of direct-to-consumer genetic testing or the privacy of personal information,” Jessica Rich, the...

Under the terms of the settlement, GeneLink and Foru are prohibited from marketing their products as treatments for any disease, unless the claim has been validated in well-controlled studies; from making any assertions about their products improving health by modulating gene function; and from providing the means for any affiliated companies or individuals to make health claims about their products. Both companies will also be audited every other year for the next 20 in order to make sure that they adhere to information security standards.

“I think if the standard consumer, because of this type of activity, looks with somewhat of a cynical eye at such claims that’s good,” James Evans of the University of North Carolina at Chapel Hill told Scientific American. “People have to be able to trust products and claims, and when outlandish claims are exposed, in the long run that’s a good thing.”