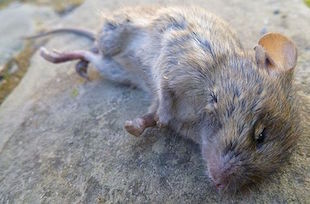 WIKIMEDIA, LIZ SULLIVANNot all cellular activities cease when the body dies. A team of researchers from the University of Washington in Seattle and colleagues tracked the activity of more than 1,000 genes in tissue from recently deceased mice and zebrafish for up to two and four days postmortem, respectively. Rather than tapering off, the activity of hundreds of genes actually increased, according to a preprint the team posted to bioRxiv this month (June 11). Studying this “thanatotranscriptome” could improve time-of-death estimates in criminal investigations, the same team reported in another bioRxiv preprint, posted June 12.

“The headline of this study is that we can probably get a lot of information about life by studying death,” study coauthor Peter Noble of the University of Washington told Science.

These “undead” genes were involved in functions including stress, immune response, and inflammation. The genes’ increased activities could be due to the...

“This is a rare study,” Ashim Malhotra of Pacific University, in Hillsboro, Oregon, who was not involved in the work, told Science. “It is important to understand what happens to organs after a person dies, especially if we are going to transplant them.”

Noble and colleagues also used the postmortem gene expression of the mice and zebrafish in the previous study to accurately predict the animals’ time of death.