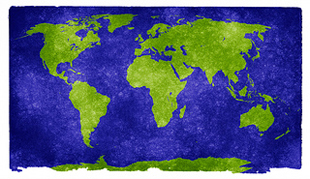 NICHOLAS RAYMOND, FREESTOCK.CAUsing the genome to understand human migrations and population admixture throughout the ages is complicated, but could potentially clarify or reveal historical events. An international team of researchers has now used genetic information to create an atlas of the mixture of different populations during the last 4,000 years. Their work was published last week (February 14) in Science.

“In some sense, we don’t want to talk to historians,” coauthor Daniel Falush of the Max Planck Institute for Evolutionary Anthropology in Leipzig, Germany, told The New York Times. “There’s a great virtue in being objective: you put the data in and get the history out. We do think this is a way of reconstructing history by just using DNA.”

Falush and his colleagues examined modern genomes using a technique called chromosome painting, which identifies the ancestry of segments of chromosomes. By comparing a modern population’s painted...

“They’ve developed a sophisticated statistical method for making inferences about human history,” Joshua Akey from the University of Washington in Seattle, who was not involved in the work, told Nature News. “Such advances are critical if we are going to read the stories of our past written in our genomes.”