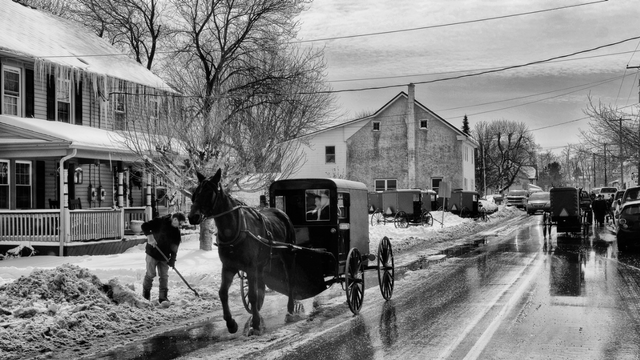 FLICKR, TED VAN PELTA genetic mutation in an Amish community in Indiana that can cause fatal blood clotting has been linked to longevity and protection against diabetes, according to a study published in Science Advances this week (November 15).

Previous research has shown that the gene in question, SERPINE1, produces a protein that can promote aging in mice. Levels of the protein, called plasminogen activator inhibitor type 1 (PAI-1), are higher in patients with diabetes, obesity, or cardiovascular disease. PAI-1 is also known to play an important role in blood clotting, and people with two defect copies of SERPINE1 suffer from blood clotting disorders, Science reported.

But having one mutated copy of the gene may actually prove beneficial, according to the new study. Using death records to trace back facility histories in an Indiana Amish community, the researchers found that people who had one defective copy of SERPINE1...

“The carriers appear to be completely protected from diabetes,” coauthor Douglas Vaughan of Northwestern University told the New Scientist.

Geriatrician Nir Barzilai of Albert Einstein College of Medicine in New York City is skeptical of the link to lifespan, however. SERPINE1 is “not convincingly a longevity gene,” Barzilai, who was not involved in the research, told Science.