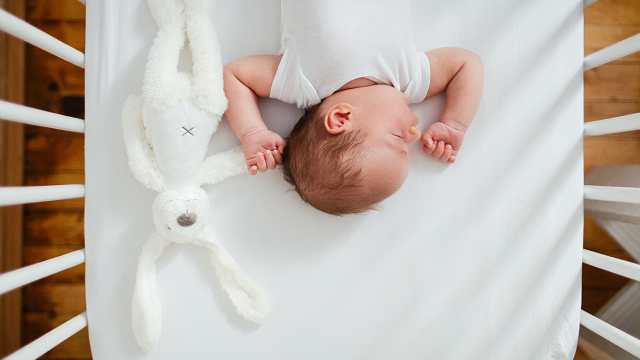 ISTOCK, ALEKSANDARNAKICCot death, or sudden infant death syndrome (SIDS), is associated with a rare mutation in a gene coding for sodium channel NaV1.4, according to a study published yesterday (March 28) in The Lancet. The protein plays a role in the contraction of skeletal muscles involved in breathing, and the new research, led by a team at University College London (UCL), suggests that certain variations in its structure could contribute to the death of otherwise apparently healthy infants.

“It’s a very convincing set of data,” Stephen Cannon, a neurologist at the University of California, Los Angeles who was not involved in the work, tells CNN. “In the preceding four or five years, there have been cases recognized where muscle defects cause breathing difficulties in (newborns) and young children, so it was kind of a logical extension that this might go on to progress to something...

SIDS accounts for up to 2,400 infant deaths per year in the U.S., and although some behaviors—such as sleeping in the same bed as parents, inhaling cigarette smoke, or lying face-down—are associated with higher risk, the majority of cases have no obvious explanation.

In the new study, UCL researchers analyzed the DNA of 278 infants who died of SIDS, and 729 healthy controls, all of European Caucasian ancestry. The team discovered that four of the SIDS babies, and none of the controls, harbored a rare mutation in the gene coding for Na­­V1.4, SCN4A.

This mutation is normally present in only five out of 100,000 people, the authors note. “In the population we studied, the evidence is strong that it is at the very least a risk factor in those cases that had it,” study coauthor Michael Hanna, a clinical neurologist at UCL, tells The Guardian. He adds that “it certainly doesn’t explain the majority of SIDS.”

The results may be difficult to generalize, because of the specificity of the population studied. But the research adds to a still poor understanding of SIDS in general, Joel Bass, a pediatrician at Harvard Medical School who was not involved in the work, tells NBC News. “Every time we identify one of these risks, we identify a possible cause and that allows us to identify more babies at risk and provide solutions that might help them.”