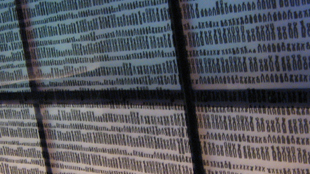 FLICKR, DANI LURIEResearchers have long recognized the genetic complexity of schizophrenia, and in recent months have pinpointed transposable elements among more than 100 variants that could contribute to the development of the psychiatric disorder. Now, members of the Molecular Genetics of Schizophrenia Consortium have found evidence to suggest that schizophrenia is not one disease, but rather a “group of heritable disorders caused by a moderate number of separate genotypic networks associated with several distinct clinical syndromes,” according to their analysis of three independent genome-wide association studies, published yesterday (September 15) in The American Journal of Psychiatry.

“What we’ve done here, after a decade of frustration in the field of psychiatric genetics, is identify the way genes interact with each other, how the ‘orchestra’ is either harmonious and leads to health, or disorganized in ways that lead to distinct classes of schizophrenia,” study coauthor C. Robert Cloninger of...

WUSTL colleague Dragan Svrakic added that researchers who had looked for associations between certain genes and the psychiatric disorder had encountered trouble finding them reliably. “When one study would identify an association, no one else could replicate it,” Svrakic said in the statement. “What was missing was the idea that these genes don’t act independently. They work in concert to disrupt the brain’s structure and function, and that results in the illness.”