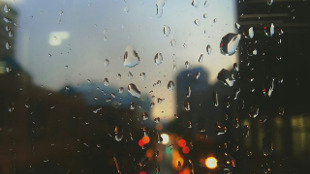 Researchers have confirmed a genetic link to depression for the first time. Variations in two genes appeared more frequently in a population with major depressive disorder, according to a study published last week (July 15) in Nature.

“This is an important study because it convincingly identifies DNA variations linked to depression for the first time,” Jordan Smoller, a psychiatrist at Harvard University who was not involved in the study told The Verge. “It provides clues to the underlying biology of depression—and perhaps new targets for developing treatments.”

An international group of researchers compared the genome sequences of 5,303 Han Chinese women with recurrent major depressive disorder to those of 5,337 women without depression. The team linked variants of two genes found on chromosome 10 with the disorder, one of which—SIRT1—has a known role in mitochondrial function. “It’s an appealing bit of biology for a disorder that...

The team verified its findings in a second Han Chinese cohort of more than 3,231 men and women with depression. However, the researchers did not generate similar results using sequences from a cohort of Europeans. This may be because the variants are found at higher frequencies among East Asian populations compared to Europeans.

Although the effect was statistically significant, it was small: people with the variants were only at a slightly increased risk of developing major depression (less than 1 percent greater) than people without them. David Cutler, a geneticist at Emory University who was not involved in the study, told The Verge that in the data in the initial study is “at best borderline significant.”

“We are at the beginning of a trail that can lead us to clarifying the underlying biology of depression, which can then open up treatment possibilities that have hitherto been impossible,” study coauthor Kenneth Kendler, a psychiatrist and geneticist at the Virginia Commonwealth University, told The Verge.