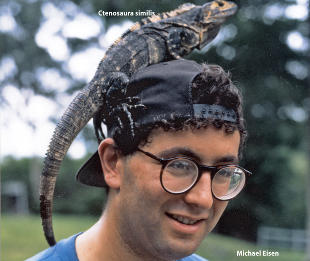 WIKIMEDIA, PLOSGeneticist Michael Eisen of the University of California, Berkeley, has been a vocal opponent of Donald Trump. Now, the researcher has announced his intent to run for US Senate. “We can't sit around and hope other people are going to solve our problems for us - time to step up, if you can…,” Eisen posted on his Twitter account on Sunday (January 29) after announcing his senate run last week (January 25).

“Too much of the scientific establishment looks at the government as a bank—that the primary thing we should worry about is can we get the right amount of money out of Congress,” Eisen told Science. “Too few people focus on the fact that science needs to be a partnership with the public for it to thrive.”

Eisen, who told Science that he plans to run as an independent, is perhaps the most recognizable name in...

Donald Trump assuming the presidency earlier this month seems to have catalyzed scientists, not just into marching in protest against the new administration's science policies, but into running for office. “I think most scientists view their work as pure and noble, and politics as a dirty game. It’s almost like selling out or going to the dark side,” Frances Colón, who was Deputy Science and Technology Adviser to the Secretary of State under President Barack Obama, told The Atlantic. “Many more scientists are realizing why their voices are needed. I’ve had numerous coffees with people who are considering ways to run.”