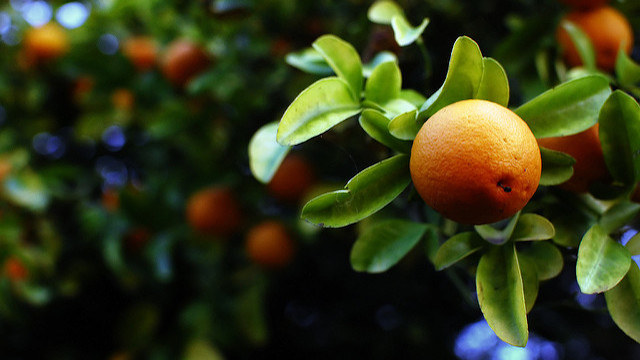 Since 2005, Candidatus Liberibacter, a genus of bacteria that is spread by Asian citrus psyllids (Diaphorina citri) and turns fruit green and bitter, has been devastating orange crops in the United States. “There’s a real race on right now to try to save the citrus,” Carolyn Slupsky, a food scientist at the University of California, Davis, told Nature. “This disease is everywhere, and it’s horrible.”

To combat this rapidly spreading pathogen, scientists at the Florida-based agricultural company Southern Gardens Citrus engineered a harmless strain of the citrus tristeza virus (CTV) to produce genes isolated from spinach plants that fight off the harmful bacteria. The company plans to infect tree limbs with this virus then graft them onto the bacteria-infected trees.

“We’re attacking the bacteria where it lives, and we can do it without changing the biology of the tree at all,” Tim Eyrich, Southern Gardens’ vice president of research and commercialization, told Wired.

In February, the company applied to the US Department of Agriculture (USDA) for permission to use this technology, and field trials are currently ongoing. Last week, the required period for public comment regarding the engineered virus ended, and the USDA now will assess its potential environmental impact, according to Nature.

Other efforts to fight the plant pathogen include switching off transmission-related genes in insect vectors with RNA interference and editing citrus tree genomes with CRISPR-Cas9. “There are great scientific opportunities here,” Bryce Falk, a plant pathologist at the University of California, Davis, told Nature. “We need to take advantage of new technologies.” 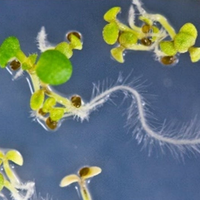