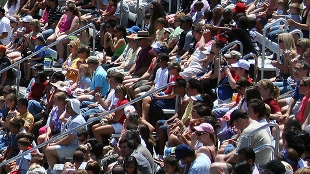 FLICKR, KEVIN BRIODY Economists at Brown University and Williams College published a paper in this month’s issue of the American Economic Review suggesting that genetic diversity can be linked to economic development and success. Even before the study was published, however, a group of geneticists and anthropologists from Harvard University questioned how the genetic data were applied, and recently published their critique of the work in Current Anthropology.

In their critique, the Harvard group laid out a list of flaws in the data and the researchers’ approach, claiming, for example, that the economists used an inaccurate proxy for genetic diversity of a population. In addition, the Harvard group contends that the the researchers overstated their results, suggesting causation where only correlation exists. “As economists and other social scientists begin exploring newly available genetic data,” the Harvard group wrote, “it is crucial to remember that nonexperts broadcasting bold claims on the basis of weak data and methods can have profoundly detrimental social and political effects.”

The sentiment was echoed by Daniel Benjamin, an economist at Cornell University and a leader in a new field that combines genomics and economics. “It's an area that's fraught with an unfortunate history and ethical quagmires,” he told The Chronicle of Higher Education.  “It's not enough to be careful in the way we use genetic data,” he said. “We need to bend over backwards being careful in the way we talk about what the data means; how we interpret findings that relate to genetic data; and how we communicate those findings to readers and the public.”