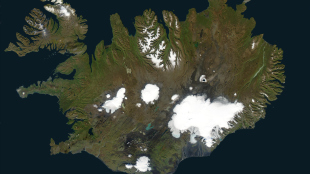 WIKIMEDIA, AKIGKAWhole-genome data from more than 2,600 Icelanders, published this week (March 25) in a series of papers in Nature Genetics, offer unprecedented insight into the diversity of humans. A team led by Decode Genetics’s Kári Steffánsson, identified genes related to Alzheimer’s and other diseases, dated the last common father to around 239,000 years ago, and found the prevalence of having a loss-of-function gene to be near 8 percent of the population, according to BioIT World.

Daniel MacArthur of Massachusetts General Hospital in Boston and the Broad Institute told Science the studies were “an amazing piece of work” that “was impossible five years ago.”

As MIT Technology Review noted, Decode has enough genetic data on Icelandic men and women to extrapolate the presence of, say, a harmful mutation in others who have not contributed their genomes for research. “We could in Iceland, at the push of a...

That ability opens up new ethical territory. “Do you have the right to fiddle with people’s lives on a massive scale?” anthropologist Gísli Pálsson at the University of Iceland told Tech Review. “You can tell your neighbor, ‘You are smoking too much.’ But it’s another thing to approach 1,000 people and say, ‘You have the BRCA2 mutation.’”