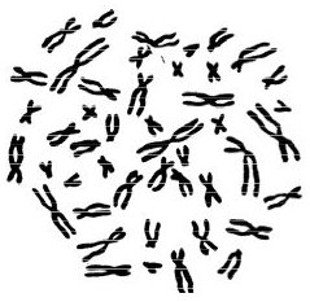 WIKIMEDIA, RUTH LAWSON - OTAGO POLYTECHNICJust before the holidays (December 24), the Genome Reference Consortium (GRC) submitted a new assembly for the human genome to GenBank. GRCh38, as it is named, is the latest version of the human reference genome assembly. “This represents the first major assembly update since 2009, and introduces changes to chromosome coordinates,” the GRC wrote on its blog, GenomeRef.

The National Center for Biotechnology Information (NCBI) is now annotating the sequence. NCBI’s RefSeq Annotation Group is processing the GRC data, annotating chromosome sequence changes. When finished, NCBI will make GRCh38 available for use with all manner of genome viewers and analysis tools, and “each chromosome will be represented by both an unannotated sequence in GenBank (the original GRC data) and an annotated sequence in the RefSeq collection,” the center announced in a statement.