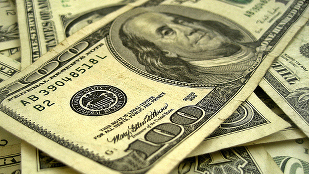 FLICKR, 401(K) 2013A report released yesterday (June 12) claims that for every public dollar invested in the Human Genome Project (HGP), the US economy has benefitted to the tune of $178—and that the total economic boost from the HGP and subsequent federal investment in genomics stands at $965 billion. But many analysts are not convinced by those figures, arguing that they ignore other sources of investment in genomics and thus attribute too much impact to government spending on genomics research. Other critics pointed out the HGP should be judged not on how much economic activity it generated, but on its impact on human health.

The analysis was done on behalf of advocacy group United for Medical Research by the Battelle Memorial Institute, which in 2010 calculated a return of $141 per dollar from the HGP. Battelle used an “input-output” economic analysis—the input was the government’s initial investment, while the...

But critics of the report cited several problems. Speaking to Nature, Julia Lane, an economist at the American Institutes for Research in Washington D.C., described the numbers as “ridiculous.” She said that Battelle got their employment data and information on which industry activities fall under the genomics sector from a firm that gathers company information for credit-rating purposes, rather than the US Census Bureau or the US Bureau of Labor Statistics.

Others pointed out that government outlay does not account for all the growth in the genomics sector, which has also been spurred by private investment.

Still others said that an analysis of the economic impact of the HGP entirely misses the point. Robert Topel, an economist at the University of Chicago Booth School of Business in Illinois, told Nature that the benefits of health research are not measured in gross domestic product, productivity, or jobs. “The question is: What health benefits have people got out of it, and what will they get in the future?” he said.