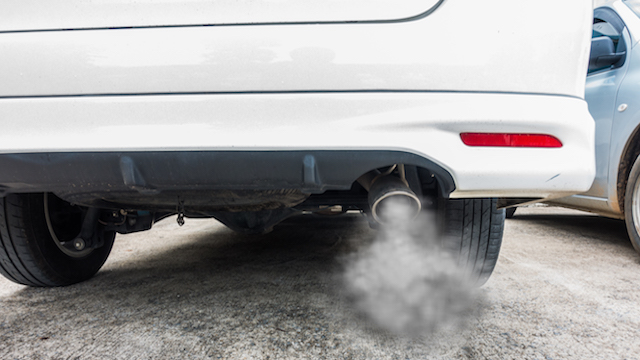 Update (January 30): Following the reports of EUGT-funded fume tests, Volkswagen has suspended its head of external relations and sustainability, Thomas Steg, according to a statement released by the company today. “We are currently in the process of investigating the work of the EUGT, which was dissolved in 2017, and drawing all the necessary consequences,” Matthias Müller, Volkswagen’s CEO, says in the press release. “Mr. Steg has declared that he will assume full responsibility. I respect his decision.”

In 2014, scientists in a lab in Albuquerque, New Mexico, exposed 10 monkeys in airtight chambers to fumes from diesel-fueled cars while the animals watched cartoons, The New York Times reported last week (January 25). This experiment, which was part of an effort to prove that newer diesel vehicles were cleaner and less harmful than older ones, was sponsored by the European Research Group on Environment and Health in the...

Over the weekend, the German newspaper Stuttgarter Zeitung revealed a set of parallel experiments by the same organization examined the effects of nitrogen dioxide (NO2)—a pollutant found in diesel emissions—on 25 healthy human subjects that took place in Aachen, a city in Western Germany. “No reactions to inhaled NO2 could be detected,” according to results published by EUGT in 2016, Stuttgarter Zeitung reported (translated from German by Google Translate).

According to The New York Times, EUGT did not conduct any research itself, rather, it hired scientists to conduct investigations that would “defend the use of diesel,” using research that, among other things, challenged the World Health Organization’s classification of the fuel as a carcinogen.

Car industry-sponsored research “all has the same fundamental aim,” Joachim Heinrich, an environmental health expert at the University of Munich, tells The New York Times. “[N]amely to weaken or discredit regulation—to say ‘the evidence is not that clear,’ ‘we shouldn’t take it so seriously,’ ‘we need to think more about it.’”

The three car companies responded to the reports: BMW and Daimler distanced themselves from the experiments, while Volkswagen asked for forgiveness. “Animal testing contradicts our own ethical standards,” Volkswagen, a company already facing backlash for cheating on emission tests, tweeted on Saturday, before the reports of the human studies were published. “We know that the scientific methods used by EUGT were wrong and apologise sincerely for this.”

“We expressly distance ourselves from the studies and the EUGT. . . We are appalled by the extent of the studies and their implementation,” Daimler says in a statement. “All of the research work commissioned with the EUGT was accompanied and reviewed by a research advisory committee consisting of scientists from renowned universities and research institutes—from selection through to the presentation of results.”

“The BMW Group in no way influenced the design or methodology of studies carried out on behalf of the EUGT,” BMW says in a statement (via Deutsche Welle).

German government officials spoke out Monday, condemning the tests. “That a whole branch of industry has apparently tried to discard scientific facts with such brazen and dubious methods makes the entire thing even more horrific,” Barbara Hendricks, the German environment minister, tells The Guardian. She adds that she is “appalled” that scientists had “made themselves available as willing supporters of such despicable experiments.”