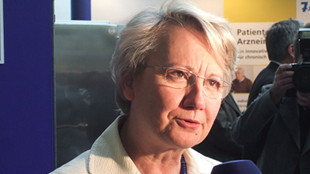 The German minister of education and research, Annette Schavan, resigned on Saturday (February 9), 4 days after being stripped of her doctorate due to plagiarism.

In October, the university’s report leaked to the press, stating that Schavan had cited sources inadequately in 60 passages of her thesis. Last week (February 5), the university revoked her degree.

Schavan is not the first German official to be involved in a plagiarism scandal. Defense Minister Karl-Theodor zu Guttenberg resigned in 2011 after it was discovered that his law thesis contained passages copied from many sources, including newspapers.

Some think that Schavan, whose plagiarism was less extreme,...

German Chancellor Angela Merkel announced that she will replace Schavan with Johanna Wanka, currently the minister for education and research in the German state of Lower Saxony. Wanka will take office on Thursday (February 14).