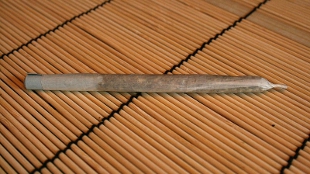 “The really interesting finding is that when we looked at behavior, simply increasing kynurenic acid levels totally blocked the abuse potential and the chance of relapse,” coauthor Robert Schwarcz, a neuroscientist at the University of Maryland, told Smithsonian.com. “It’s a totally new approach to affecting THC function.”

Though marijuana may not have serious long-term consequences, and may even hold potential in treating various medical maladies, it is commonly used as a recreational drug,...

Indeed, dosing rats with Ro 61-8048 caused kynurenic acid levels to rise, after which THC no longer elicited the dopamine-driven brain activity in the reward centers of the brain, including the nucleus accumbens. It seemed that kynurenic acid was literally blocking the brain’s dopamine receptors, thereby decreasing the pleasurable feelings normally elicited by THC. As a result of the treatment, both rats and monkeys with the ability to self-dose with THC reduced their drug intake by about 80 percent.