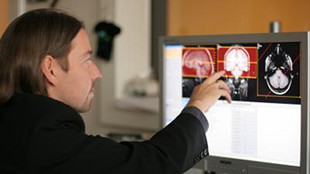 Psychopathy is a disorder characterized by extreme heartlessness toward other people. However, according to a study published today (July 25) in the journal Brain, psychopathic criminals may be able to muster some empathy when asked to imagine themselves in another person’s situation.

“The predominant notion had been that they are callous individuals, unable to feel emotions themselves and therefore unable to feel emotions in others,” coauthor Christian Keysers of the University of Groningen in the Netherlands told BBC News. “Our work shows it’s not that simple. They don't lack empathy but they have a switch to turn it on and off. By default, it seems to be off.”

But Essi Viding, who studies developmental psychopathology at University College London and was not involved in the study, was skeptical. The researchers based their conclusions on...

The study subjects watched videos of a hand approaching another hand and either caressing it, pushing it away, hitting it, or behaving neutrally. The first time the subjects saw the videos, they were merely told to watch as though it was a favorite video. In this case, the researchers found that circuits in the subjects’ brains associated with vicarious experience of what was happening to the hands were less likely to be activated in the psychopaths than in the controls.

But later, the researchers showed the subjects the videos and asked them to imagine themselves in the place of a specific hand on the screen. When asked to empathize, the psychopaths’ brain activity was more similar to the brain activity of the control subjects than it was in the previous trial.

According to the authors, the results indicate that therapists attempting to treat psychopathy need not create empathy, but rather they need to help psychopaths activate their capacity for empathy more automatically.

But, as Viding emphasized, a similar pattern of brain activity doesn’t necessarily imply a similar mindset. “They are able to generate a typical neural response, but that doesn't mean they have the same empathetic experience,” she told the BBC.