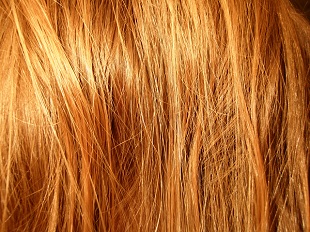 WIKIMEDIA, DANIEL CHRISTENSENToo much, too little, graying, or growing in the wrong place—hair development, and attempts to regulate it, support an industry worth billions of dollars in the U.S. But researchers are now one step closer to identifying some of the genes responsible for certain hair-related traits, according to a study published yesterday (March 1) in Nature Communications.

“We already know several genes involved in balding and hair color,” study coauthor Kaustubh Adhikari of University College London said in a statement. “But this is the first time a gene for graying has been identified in humans, as well as other genes influencing hair shape and density.”

A team of more than 30 researchers compared the genomes of 6,357 volunteers from Latin America with mixed European, Native American, and African ancestry. The team then assessed the appearance of volunteers’ head hair for seven characteristics: shape, color, balding, and...

Looking for the variation underpinning differences in these traits in a genome-wide association study (GWAS), the team was able to identify 18 genes, 10 of which had never been associated with hair-related traits before. These genes included FOXL2, a contributor to eyebrow thickness, PAX3, a regulator of monobrows, and IRF4, a gene already known to be associated with hair color but linked to graying for the first time in this study.

The researchers also found hints of selection at these genetic loci. “It has long been speculated that hair features could have been influenced by some form of selection, such as natural or sexual selection,” said Adhikari in the statement. “We found statistical evidence in the genome supporting that view.”

The research has the potential to aid the development of products that control hair development. But Manfred Kayser of Erasmus University Medical Center in Rotterdam, who was not involved in the study, emphasized to Nature that the research was still in early stages. “With the exception of hair colour, we don’t yet understand nearly enough of the genetic basis of these traits for them to be useful,” he said. “For many of the hair traits studied in this paper, they deliver the first genetic knowledge.”