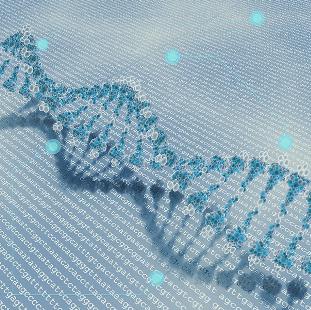 FLICKR, MEHMET PINARCIDNA origami, a strategy devised eight years ago by Paul Rothemund’s group at Caltech, allows researchers to link DNA scaffolds with smaller bits of the nucleic acid called staples to create desired shapes. The technique is now being used to develop drug-delivery systems and other molecular machines. But the most common technique—using an M13 bacteriophage to generate single-stranded DNA scaffolds of up to 7 kilobases—has restricted the size of the products to tens of square nanometers. Double-stranded DNA could be produced at longer lengths, but was limited in its ability to fold at a researchers’ will. Now, Thomas LaBean of North Carolina State University and colleagues have devised a solution: using a hybrid virus for DNA production, the researchers can generate scaffolds of up to 51 kilobases—and they’ve used these to create DNA structures that are hundreds of square nanometers in size, Chemical & Engineering News (...

“They’ve achieved something people have been trying to do for a while,” Rothemund told C&EN.

To fold giant pieces of DNA, LaBean’s team used more than 1,600 staples. According to C&EN, such a task would have cost $7,000 using conventional DNA synthesis. So to reduce the cost, the team repurposed an ink-jet printer to synthesize the DNA, using reusable templates and chips with polymer micropillars, then amplified the produces using PCR.

“We had to do two things to make this viable,” lead author Alexandria Marchi of Duke University said in a press release. “First we had to develop a custom scaffold strand that contained 51 kilobases. . . . Second, in order to make this economically feasible, we had to find a cost-effective way of synthesizing staple strands—because we went from needing 220 staple strands to needing more than 1,600.”

“These origami can be customized for use in everything from studying cell behavior to creating templates for the nanofabrication of electronic components,” LaBean said in the release.