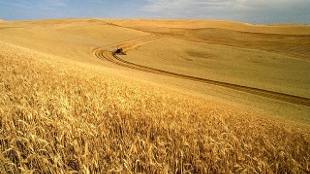 The protests over genetically modified (GM) wheat at the United Kingdom’s Rothamsted Research center have been making headlines for the past several months, with protestors rallying on a regular basis. Scientists involved in the trial have been pleading with the public to allow the trial to continue as planned, and last week, a BBC news program hosted both parties, which debated the issue of whether the trial should proceed, coming to no clear resolution. Now, the commotion has come to a head, with one protestor damaging the fences and some of the “buffer zone” crops in an attempt to break into the experimental wheat field. The protestor was quickly arrested, with little damage caused to the test crop itself, Darren Hughes, head of communications at Rothamsted told ScienceInsider.

The protests were organized by an activist group called Take the Flour...

Researchers are also concerned that Sunday’s protests may damage a nearby experiment, called Park Grass, which is investigating the evolution of plant species on land once used for farming and has been ongoing for more than 150 years. But the Flour Back has urged protestors not to damage Park Grass or another historical experiment at the research center.