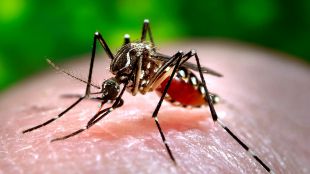 “The fact that the number of Aedes aegypti adults were reduced by 95% in the treatment area confirms that the Oxitec mosquito does what it is supposed to and that is to get rid of mosquitoes,” study coauthor Andrew McKemey, head of field operations at Oxitec, which developed the GM mosquito, said in a press release.

Aedes aegypti can carry pathogens that cause diseases, including dengue and chikungunya. Although McKemey’s study did not determine whether disease burden among humans would drop with the introduction of...

The research team released a total of 185,000 mutant male mosquitoes over the course of six weeks by opening the back of a truck as it cruised through the suburban town of Itaberaba, letting the insects fly free. The researchers began by releasing mosquitoes across an 11-hectare area, but the infestation was too great and they cut their target area in half to have a better chance at success.

Oxitec reported an 80 percent drop in mosquito numbers after the release of its Aedes aegypti in Grand Cayman several years ago. Other groups are working on developing mutant Anopheles gambiae, a mosquito that spreads malaria.