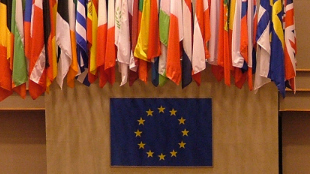 “The measures approved today [November 11] will secure flexibility for member states to restrict, ban the cultivation of GMO crops if they so wish. At the same time, we have secured a clear process for the authorization of GMOs at EU level, with improved safeguards and a key role for the European Food Safety Authority, which is important for us,” Parliament member Frédérique Ries of Belgium said in a press release.

European nations have had a mixed reception to genetically engineered crops, with some, such as France, staunchly opposed, and others more supportive. If enacted, the new rules would give countries the latitude to ban GMO crops on environmental grounds without...

As ScienceInsider reported, biotech firms and some plant scientists are displeased with the legislation. “We make a science-based risk assessment [of a product], and if it’s safe we use it and if it’s unsafe, we don’t,” Stefan Jansson of Umeå University’s Plant Science Centre in Sweden told ScienceInsider. “If we start to say there could be other grounds [for banning a product], we undermine the scientific basis of the whole system.”

Anti-GMO groups favored the decision by the Environmental Committee. “Thumbs up to the new Parliament for wanting to secure a GM-free agriculture and environment for Europeans,” Marco Contiero, Greenpeace EU agriculture policy director said in a statement. “Today’s vote would give European countries a legally solid right to ban GM cultivation in their territory, making it difficult for the biotech industry to challenge such bans in court.”