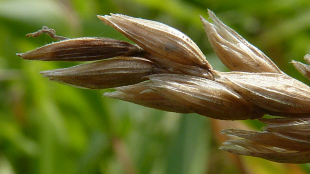 WIKIMEDIA, JAMAINIn 2012, Gilles-Eric Séralini of the University of Caen, France, and his colleagues published results in Food and Chemical Toxicology showing that genetically modified (GM) maize caused tumors in rodents.

Last month, the editors of the journal decided to retract the article after having reviewed the raw data and determined that the results were inconclusive. Now, Séralini is threatening to sue the journal and at least 100 scientists have signed a petition to boycott its publisher, Elsevier.

“The article was explosive,” according to a write-up in The Economist. It fanned the flames of the anti-GMO movement and “had all the more impact because it contradicted previous studies on GM foods.” Yet it had some problems, according to the editors of Food and Chemical Toxicology. After a post-publication review, the editors determined that the number of animals used in the study was too low and called into...

“This arbitrary, groundless retraction of a published, thoroughly peer-reviewed paper is without precedent in the history of scientific publishing, and raises grave concerns over the integrity and impartiality of science,” more than 100 signatories wrote in a petition to Elsevier. The group said it will no longer publish, purchase, or review articles in Elsevier publications unless the retraction is reversed.

According to Forbes, Séralini is now threatening to sue the journal. The researcher and his colleagues wrote on gmoseralini.org that they “do not accept as scientifically sound the debate on the fact that these papers are inconclusive because of the rat strain or the number of rats used. We maintain our conclusions.”