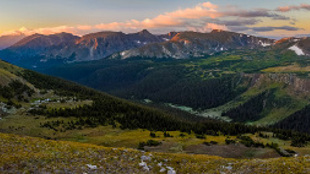 Joel Cohen, a mathematical population biologist, and Christopher Small, a geophysicist, are being honored for their studies on the distribution of human populations at different altitudes. “Turns out, altitude determines more about our lives than we thought,” Golden Goose Award creator Representative Jim Cooper (D-TN) said in a press release. The research has impacted disaster preparedness as well as changes in potato-chip packaging and personal computer cooling systems.

Torsten Weisel and the late David Hubel won a Golden Goose Award for their early research on visual perception, spurred by an accidental motion while monitoring cats’ responses to a black dot projected on a screen. Their work helped explain the brain’s ability to rewire itself, and pushed doctors to conduct cataract...

Walter Mischel, Yuichi Shoda, and Philip Peake are being honored for their development of the “marshmallow test,” which examines the ability of young children to resist the impulse to eat a single marshmallow when waiting would earn them two treats instead of one. “The ‘Marshmallow Test’ provides another concrete example of how small, seemingly inconsequential scientific studies can provide important insights into nature, medicine, and human behavior,” Representative Charlie Dent (R-PA) said in a press release. The research led to methods for improving self-control and teaching positive life strategies.

Cooper created the Golden Goose Award in 2012 with a group of science organizations—including the American Association for the Advancement of Science and the Association of American Universities—to honor seemingly obscure studies that led to major scientific breakthroughs. The awards are often presented long after the original discoveries were made, due to the nature of moving from basic research to applied outcomes. (See “Rat Massages Get the Golden Goose,” The Scientist, September 2014; “Golden Goose Awards Given Again,” The Scientist, September 2013.)