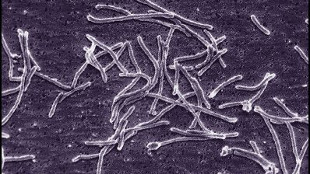 Mathematicians who invented a marriage algorithm and biologists who discovered a thermophilic bacterium are among the recipients of this year’s Golden Goose Awards.

Representative Jim Cooper (D-TN) and a coalition of science organizations launched the awards last year to recognize economically or societally significant basic research that, at first glance, seemed outlandish or frivolous. “But off-the-wall science yields medical miracles,” he said in a statement. “We can’t abandon research funding only because we can’t predict how the next miracle will happen.”

In 1962, mathematicians Lloyd Shapley and David Gale created a marriage algorithm designed to place the maximum number of men and women with their perfect matches. Economist Alvin Roth later applied the algorithm to many other constructs, resulting in programs that today help match kidney disease patients with transplants and new doctors with appropriate hospitals.

“The Golden Goose Award is an important reminder that ground-breaking [sic] achievements in science often begin with basic research that simply would not have been feasible for the private sector alone,” Representative Charlie Dent (R-PA), another congressional supporter, added.

The awardees will be recognized in Washington, D.C., on September 19.