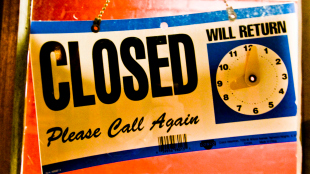 WIKIMEDIA, KEN HAWKINSEach day, Ed Silverman, a long-time blogger and reporter, would start his morning post on Pharmalot with the chipper greeting, “Pharmalot, Pharmalittle,” plus a few words on the weather and whatever else was on his mind. For years, Silverman covered the ins and outs of the biotech and pharmaceutical industries on his popular blog. But as of December 31, Pharmalot’s parent company, UBM Canon, shut down production of Med Ad News, eKnowledgeBase, R&D Directions, and PharmaLive.com—which hosted Silverman’s blog.

“Everyone in the Pharma Blogosphere was surprised and saddened by this announcement,” wrote PharmaGuy at Pharma Marketing Blog. Silverman “will especially be missed as his voice and stories added insight to the complex and changing world of healthcare marketing,” wrote Richard Meyer at WorldofDTCMarketing.com. “We need people like Ed, John Mack and others to be the conscious [sic] of our industry and remind everyone that developing...

The blog's archives are now inaccessible. In place of posts, Pharmalive.com/Pharmalot today donned a statement from UMB Canon: “Thank you for your loyalty and support that has played such an important part over the last thirty years.”

The author of the blog shearlingsplowed has appealed to readers to find ways to support Silverman’s work. “His thoughtful, careful and yet non-biased take—on all things life science—is a voice we cannot afford to see fall silent.”

On Twitter, Silverman said he won’t “disappear.” The Scientist has reached out to the blogger to find out where we might read him in the future and will update this post to reflect his response.

Update (January 2): Silverman wrote in an email to The Scientist: “My priority is keeping the lights on. And I hope to land another gig very soon that will allow me to continue the same sort of coverage.” He said readers can follow him on Twitter, @edsilverman and @pharmalot.