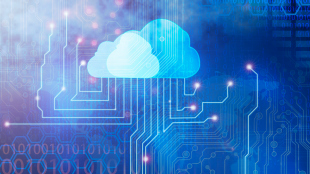 ISTOCK, KALAWINFor about $25 a year, Google will store a human genome sequence in its Google Genomics cloud platform, which was designed to provide researcher a way to keep, share, and analyze genomic data. “We saw biologists moving from studying one genome at a time to studying millions,” David Glazer, the Google software engineer who led the effort, told MIT Technology Review. “The opportunity is how to apply breakthroughs in data technology to help with this transition.”

Earlier this year, Google announced that it had joined the Global Alliance for Genomics and Health, a big consortium of research organizations, to host public genomic data on its cloud platform. Already, 3,500 genomes have been uploaded to Google’s servers, according to the Review.

“Cancer genome clouds” is a central goal of such repositories, Sheila Reynolds, a research scientist at the Institute for Systems Biology in Seattle told the Review...

According to Genetic Engineering & Biotechnology News back in March, the programming interface of Google Genomics “allows users to focus on science rather than tech details such as servers and file formats; store genomic data securely so that private data remains private, while public data is available to the community anywhere; and process as much data as they need, all at once.” Amazon, Microsoft, and IBM are also in competition for storing genome sequence data.