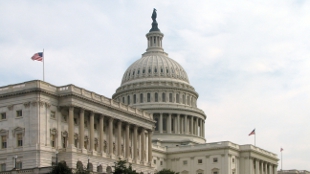 WIKIMEDIA, SCRUMSHUSBecause legislators in Congress failed to pass a temporary 2014 spending bill before today, the US government is officially “shut down” for the first time in 17 years. This means that some government offices are shuttered, nonessential services are halted, and some 800,000 government employees won’t be at work today. Furloughs triggered by the shutdown apply to most federal scientists, except those involved in patient or animal care. But the effects of the shutdown—though unlikely to last more than a month or so—might also trickle down to academic researchers, many of whom are funded through grants administered by the National Institutes of Health (NIH) and National Science Foundation (NSF).

Environmental Protection Agency (EPA) administrator Gina McCarthy told Chemical & Engineering News that her agency would essentially close, keeping most of its 17,000 workers off the payroll. The Department of Defense is also furloughing scientists by telling civilian employees,...

But should the shutdown last more than a week, federally funded employees at universities could start to feel the pinch. The Chronicle of Higher Education quoted the Education Department’s contingency plan as saying that such a protracted shutdown would “severely curtail the cash flow” to institutions that receive federal money to fund programs aimed at keeping disadvantaged students enrolled. Though the work of NIH-funded researchers at universities is unlikely to be interrupted, there is a chance that in the event of some glitch with the disbursement of their funds, grant payments could be delayed because the agency’s employees who usually handle such problems won’t be working. In addition, researchers that rely on some government-run websites or databases may encounter problems as support staff for these portals will be reduced.

The shutdown may also affect the awarding of new NIH extramural grants. The deadline for the next round of grants is October 5, with awards to be made in December or January. Depending on the length of the shutdown, these awards could be delayed as furloughed officials play catch-up, convening panels to review grant proposals when they return to work. New NSF grants, on the other hand, will almost certainly be delayed, according to Science. Grants.gov, the website that prospective federal grantees use to submit proposals, remains open, Fastlane, the NSF’s online system is closed, meaning applications will not get to the agency.