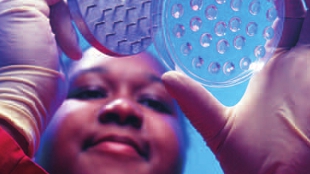 IMAGE: US DEPARTMENT OF AGRICULTUREGovernment science agencies in the United States are doing a better job of giving the press unfettered access to their researchers, but some federal agencies’ media policies still have room to improve, according to a scorecard by the Union of Concerned Scientists (UCS).

In the new report, the UCS, an independent advocacy group that champions scientific integrity and transparency, scored 15 federal science agencies and two departments on several criteria regarding their media and social media policies. The UCS last did a similar analysis in 2008, and the current scorecard assigns a new grade to each of the organizations, comparing it to their earlier score.

The grading criteria included the presence of whistle-blower provisions, the requirement to have public affairs officers sit in on media interviews, and providing employees with clear and consistent guidance on interacting with the public via social media sites. The UCS...

“You don’t give up your freedom of speech when you go to do scientific work for the government,” said Gretchen Goldman, an analyst with the Center for Science and Democracy at the UCS, in a statement. “The public deserves access to the science they’re funding, especially when it comes to research about our health and safety.”

Some agencies greatly improved their score, such as the Bureau of Land Management, which went from a D in 2008 to a B on the current scorecard. The National Institutes of Health (NIH) kept the C grade it received in 2008. “While it remains a solid [media] policy, two areas that still need better safeguards against abuse are scientists’ right of last review, which should be made explicit, and provisions to ensure that public affairs or other nonscientist personnel do not interfere with scientists’ interviews with the media,” the report read. The NIH received an A, however, for its “exemplary” social media policy.

In total, four agencies scored As, seven received Bs, four got Cs, and only one, the Occupational Safety and Health Administration (OSHA), received a D. The Department of Energy scored an “incomplete” because it doesn’t publicly share a media policy, and the UCS was unable to obtain one through a Freedom of Information Act request.

The scorecard comes hot on the heels of a report on scientific integrity at federal science agencies that the UCS released last week. In that analysis the Department of Health and Human Services (HHS), which oversees the National Institutes of Health (NIH), among other life-science-related agencies, wound up in the category defined by policies that “do not make adequate commitments to scientific integrity.”