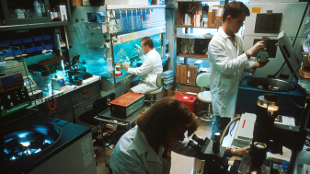 WIKIMEDIA, NATIONAL CANCER INSTITUTEShortly after his inauguration in 2009, President Barack Obama issued a memo that clearly enunciated his administration’s commitment to scientific integrity and instructed his chief science advisor, John Holdren, to oversee the development of new scientific integrity policies at key federal science agencies. Four years later, there has been some progress made towards this goal, but much remains to be done, according to an analysis by scientific integrity watchdog group the Union of Concerned Scientists (UCS).

“I commend the changes that have been achieved, but in no way are we done,” said Francesca Grifo, senior scientist for scientific integrity at UCS, in a press release. “A future administration, especially one willing to attack science, could still wreak havoc on our scientific enterprise with disastrous consequences for our health and safety.”

The analysis details progress made at individual agencies, grouping them into three tiers: those that...

The Department of Health and Human Services (HHS)—which oversees the National Institutes of Health (NIH), among other crucial life-science-related agencies—wound up in the bottom category. “HHS could have set the gold standard by calling on the depth of experience with scientific integrity at the NIH,” the report read. “But they did not.”

The UCS dinged another key life-science agency, the United States Agency of International Development (USAID), for requiring that their scientists seek approval from public affairs staffers before talking to the media about their research, as do six other agencies. “The American public deserves to know what the best-available science is when it comes to our health and safety,” Grifo said.