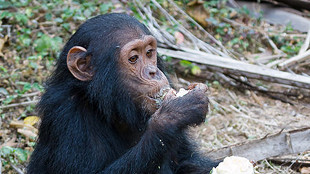 The National Institutes of Health (NIH) will finalize plans for what to do with its remaining research chimpanzees by the end of March, Wired Science reported. The decision follows years of arguments over the scientific value and ethical implications of using chimpanzees in the lab.

The agency will be deciding whether to follow recommendations from a report released earlier this year (January 22) by a working group of the Council of Councils, a federal advisory group, which recommended that the agency retire all but 50 of its approximately 450 research chimpanzees. The report is open for public comment until March 23.

Already this past September, after the University of Louisiana at Lafayette’s New Iberia Research Center declared it would not apply for renewal of its NIH grant to house its 110 chimps, the agency declared the animals ineligible for further biomedical research, citing a decreased need for research...

In January, New Iberia began to transfer the first of its chimps to Chimp Haven, a sanctuary also in Louisiana. The chimps now live among a total of 219 retired NIH chimps. “We believe that . . . it’s only fitting that we give back to [the chimps] and let them enjoy their retirement years in as close to a natural habitat as we can possibly create for them,” said Cathy Spraetz of Chimp Haven in a video created by the Human Society of the United States.

The NIH’s 50 remaining research chimps, which may be used in research into a hepatitis C vaccine or into developing new monoclonal antibodies, must be kept in naturalistic conditions, according to the Council of Councils’ report, with year-round outdoor access, foraging and nest-building materials, structures to climb, and a sufficient number of other chimpanzees to form social groups, as they would in the wild. But Wired Science said that no NIH facilities currently meet these standards.

The scientific community is split on the decision to retire the chimps. “Our culture has moved beyond this,” Daniel Povinelli, an anthropologist at the University of Louisiana at Lafayette and a former member of the Council of Councils, told Wired. “Chimps are too close to us to turn around and do experiments on them.” But Dan Geschwind, a neuroscientist at the University of California and head of the Council of Councils committee, told Wired that the reduction in the captive research chimpanzee population is sufficient for now. “We’re talking about an immediate, 90-percent reduction,” he said.