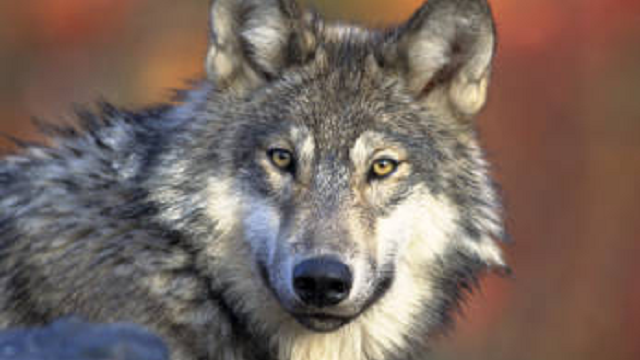 A gray wolf (Canis lupus) USFWSGray wolves in the western Great Lakes region are to remain on the US endangered species list, according to a ruling by the U.S. Court of Appeals for the D.C. Circuit. The decision, announced on Tuesday (August 1), upholds a district judge’s 2014 ruling that the U.S. Fish and Wildlife Service’s (USFWS) efforts to remove federal protections for the animals in 2011 had been premature.

“The second highest court in the nation reaffirmed that we must do much more to recover gray wolves before declaring the mission accomplished,” says Noah Greenwald, director of the endangered species program at the Center for Biological Diversity, in a statement. “Wolves are still missing from more than 90 percent of their historic range in the lower 48 states, and both the Endangered Species Act and common sense tell us that we can’t ignore that loss.”...

The USFWS, part of the Interior Department, had previously justified its decision to delist the animals after segmenting American gray wolf populations into three groups based on their geographical range. The service argued that one of these segments—a population living in the western Great Lakes region that now counts around 3,800 wolves—had shown sufficient signs of recovery since population lows in the 1970s, and should no longer receive federal protection.

But the Court of Appeals’s three-judge panel, in its unanimous ruling, concluded that the service had overlooked a number of important factors in its decision, the Associated Press reports. As well as the range loss noted by Greenwald, those factors included how removal from the endangered species list would affect the wolves’ recovery in other regions, such as New England and the Dakotas. An opinion piece by Judge Patricia Millett notes that the service “cannot review a single segment with blinders on.”

The Interior Department has not yet commented following the ruling, but environmental attorneys in the northern Rockies suggest that the decision could help clarify a similar situation for recently delisted grizzly bears in the Greater Yellowstone Ecosystem, according to the Jackson Hole News and Guide. “We believe that the Yellowstone delisting rule has the same fatal flaw as the Great Lakes delisting rule,” Andrea Santarsiere, senior attorney for the Center for Biological Diversity, tells the newspaper. “This strengthens our claim.”

Meanwhile, the current decision is likely to be unpopular with groups representing farmers and ranchers that advocate for permission to kill wolves that prey on livestock. “There’s no question the wolf packs have recovered,” Zippy Duvall, president of the American Farm Bureau Federation, tells the Associated Press. “We only wish we could say the same of farms and ranches within their reach.”