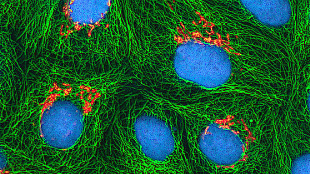 WIKIMEDIA, NATIONAL INSTITUTES OF HEALTHA new organization called the National Biomarker Development Alliance (NBDA) seeks to get more biomarkers on the market—an ambition that has typically met with failure. According to a press release from NBDA, 150,000 papers have documented protein biomarker “discoveries,” but only 100 biomarkers are in clinical use these days.

“Continuing to tolerate the failure of biomarkers means that the promise of precision medicine will never materialize for patients and that would be tragic and costly,” Anna Barker, the president, director, and co-founder of the NBDA and a professor at Arizona State University, said in the statement.

In a video posted to NBDA’s website, Don Berry, a biostatistician at MD Anderson Cancer Center in Houston, Texas, said “there are some studies that are published on biomarkers that not only are worthless, but are actually detrimental, that actually lead to other researchers trying to validate them.”...

According to Barker, the NBDA will help to create rules—such as best practices and standard operating procedures—for biomarker development and will share information about biomarkers among stakeholders, including patient groups, researchers, and physicians. The group will develop a database of standards for genomics, proteomics, imaging, and other biomarkers, and will convene a meeting to get a consensus among the community.