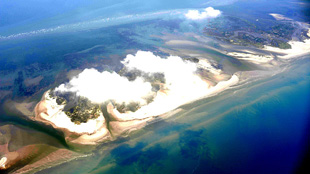 On the 2-year anniversary of the Deepwater Horizon oil rig explosion in the Gulf of Mexico, one of the scientists who flocked to the area in the spill’s aftermath reflects on the overall contribution of the academic scientific community to the disaster relief, and concludes that scientists struggled, and at times failed, said Christopher Reddy, a senior scientist at Woods Hole Oceanographic Institution, to deal with the media and federal officials as well as perform the research that was most beneficial to the cause.

“Academic scientists chose the research that most interested us, rather than what may have been most important to responding to the immediate disaster,” wrote Reddy, who studies marine pollution, in an opinion piece for Wired.

At the heart of the problem, Reddy argued, were widespread miscommunication and a fundamental misunderstanding...

The media’s need for on-the-spot expert assessments was also often at odds with the academic way of peer-review and the vetting of incoming information. “We had problems explaining uncertainties, and we did not understand the ramifications of our statements to the media,” Reddy said.

Going forward, stakeholders, such as scientists, government officials, and the media, must make an effort to understand each other’s cultures outside of disaster events, he added. “It’s time for academia to embrace a maxim in crisis management that ‘a crisis is no time to start exchanging business cards.’”