Gut microbes, which help humans degrade otherwise indigestible plant material, acquire some crucial digestive enzyme genes from the bacteria in the food we eat, according to a study published this week in Nature. This new finding provides an example of horizontal gene transfer by which diet can influence the genetic diversity and functionality of the human gut microbiome. "It's a fascinating story," said microbiologist linkurl:Jeffrey Gordon;http://gordonlab.wustl.edu/ of Washington University School of Medicine in St. Louis, who did not participate in the study. "It shows that there's a dimension to human evolution that's occurring at the level of our gut microbiome." "This is an exciting development," agreed microbiologist linkurl:Justin Sonnenburg;http://med.stanford.edu/profiles/microimmuno/researcher/Justin_Sonnenburg/ of Stanford University School of Medicine, who also was not involved in the research. "I think we're at the tip of the iceberg here. Human diet is so diverse, I think that we're just getting an initial glimpse of what's likely to be really huge area of variation that differentiates populations of humans." The human digestive tract harbors trillions of bacteria, many of which establish lifetime, symbiotic relationships with their hosts. The food we eat nourishes our gut flora, and those bacteria feed us with the products and byproducts of their own digestive activities. Consequently, the gut microbiome has evolved to encode a variety of digestive enzymes, for example, those that break down hard-to-digest polysaccharides in food plants, such as celery, broccoli, and other vegetables. As a PhD student at the linkurl:Station Biologique de Roscoff;http://www.sb-roscoff.fr/ in France, biochemist and co-author on the Nature paper Jan-Hendrik Hehemann was interested in a different type of enzymes -- bacterial catalysts that break down polysaccharides in marine algae, which contain sulfates not found in typical food plants. Hehemann and his colleagues identified several genes that they suspected to code for those specialized enzymes in a recently sequenced marine bacteria genome and tested their activity on red algae extracts. Their results revealed that the enzymes encoded by two of the genes represent a whole new class of carbohydrate-digesting proteins, capable of degrading porphyrans -- a unique component of marine plant polysaccharides. Mining the databases for other marine bacteria that might also contain these so-called porphyranases, Hehemann instead stumbled upon a gut bacterium found in human populations inhabiting Japan (but not North America). The similarities between the genomes of the two bacteria suggested that gut microbe had somehow obtained those genes directly from the marine species. "I was really blown away by this result," he recalled. Japanese people regularly consume sushi wrapped in seaweed, which carries with it marine bacteria that produce porphyranases. "It was directly obvious for us that this was horizontal gene transfer from the ocean to the Japanese gut," Hehemann said. "As far as I know, there has not before been an example of horizontal gene transfer between different ecosystems." In a commentary accompanying the study, Sonnenburg compared the gene transfer event to giving human gut bacteria a "new set of utensils" -- likely providing them the ability to digest specific foods prevalent in different regional diets. "I think there's a good bet that you'll see diet match microbiota functionality over and over and over again," he said. "That's exactly what we see in this study." But the food purification and sterilization techniques commonly used throughout the industrialized world might affect the environmental tuning of the human gut biome function suggested by the study, Sonnenburg added. Removing many harmful bacteria from foods has dramatically reduced food-borne diseases in recent decades, he said, "but I think there's a likely cost -- the loss of microbes that are not harmful." Such microbes may transfer seemingly beneficial genes to the gut biome, increasing its ability to adapt to changes in diet, as well as fine-tune the immune system, such that "if you begin to eradicate microbes with which we have coevolved, that has the potential [to disrupt] homeostasis," Sonnenburg said. "It shows how we rely on biodiversity that is surrounding us," Hehemann agreed. "Maybe that's the natural way -- that there is a frequent update of our gut microbiome [through] gene transfer to increase gene diversity. Obviously when we eat these highly processed foods, that's not going to happen." How exactly this gene transfer helps the host, however, is still unclear, said Hehemann, who is currently looking into the benefits porphyranase genes provide gut bacteria in his new lab at the University of Victoria in British Columbia, Canada. It's possible that when the bacteria break down marine algae polysaccharides, it benefits the host through the production of short chain fatty acids, the end product of bacterial metabolism, which can be taken up by the host in the form of calories, Sonnenburg said. "Those are calories that, in the absence of this capability, go totally unrealized."
**__Related stories:__***linkurl:Gut harbors antibiotic resistance;http://www.the-scientist.com/blog/display/55928/
[27th August 2009]*linkurl:Diversity in the gut;http://www.the-scientist.com/article/display/53643/
[October 2007]*linkurl:Commensal bacteria damage host DNA;http://www.the-scientist.com/news/display/24285/
[10th August 2006]
Related Articles 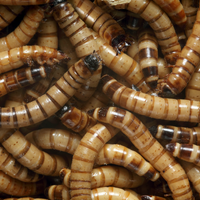