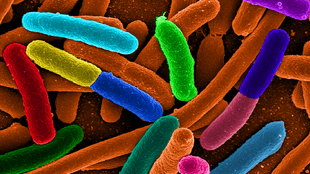 Individuals with fewer numbers of so-called “good” bacteria are more likely to be obese and develop obesity-related ailments such as type 2 diabetes, high cholesterol, and heart disease. That’s according to research conducted by the international MetaHIT consortium published Thursday (August 29) in Nature.

The MetaHIT team analyzed the genomes of gut bacteria from 123 non-obese and 169 obese Danish individuals. The resulting quantitative metagenomic analysis revealed stark differences between people with high versus low bacterial diversity. Individuals with more diversity had an average of 580,000 different microbial genes, compared to just 380,000 among the nearly 25 percent of the cohort with reduced diversity. Obesity was more prevalent in the reduced diversity population, as was increased resistance to insulin and higher levels of inflammatory agents and white blood cells.

“We also see that if you belong to the group with less intestinal bacteria and have already developed...