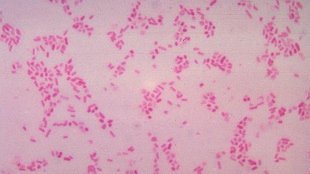 Last year, research suggested that, while everyone has gut bacteria, people can be divided into three groups based on their predominant species: Bacteroides, Prevotella, or Ruminococcus. Clinicians hope to use a person’s enterotype—or gut bacteria grouping—to better understand obesity and gastrointestinal disease, and perhaps to develop treatments.

But those groups may not be so well defined, according to scientists presenting at the International Human Microbiome Congress in Paris, reported Nature.

One researcher replicated the analysis in 663 people and, while his enterotypes were similar to the original research, some people had more than one defining bacterial species and, occasionally, groups overlapped.

Meanwhile, another team replicated the study in more than 1,200 adults and found more of a continuum of gut microbiota than any individual groups.

“There’s this great diversity and we all...