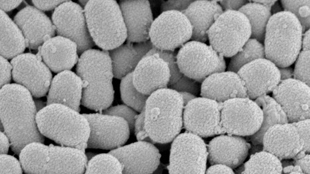 PrevotellaBMC MICROBIOLOGY, YAMANAKA ET AL.The more scientists learn about the gut microbiome, the more roles it seems to play. New evidence from researchers at the New York University (NYU) School of Medicine, the Memorial Sloan-Kettering Cancer Center in New York, and the Harvard School of Public Health in Cambridge, Massachusetts, shows a correlation between onset of rheumatoid arthritis (RA) with the prevalence of a certain microbe—Prevotella copri. The work was published this week (November 5) in eLife.

“It's been suspected for years and years . . . that the development of autoimmune diseases like arthritis is dependent on the gut microbiota,” Diane Mathis, a professor of microbiology and immunobiology at Harvard Medical School in Boston, Massachusetts, who was not involved in the work, told ScienceNOW. “It’s a very striking finding,” she added.

The researchers sequenced bacterial genes in 114 fecal samples from...

“That they were able to associate one bacterium with one pathology is remarkable,” immunologist Yasmine Belkaid of National Institute of Allergy and Infectious Diseases in Bethesda, Maryland, who did not participate in the work, told ScienceNOW.

“At this stage, however, we cannot conclude that there is a causal link between the abundance of P. copri and the onset of rheumatoid arthritis,” coauthor Dan Littman, a professor of immunology at NYU Langone Medical Center, said in a statement. “We are developing new tools that will hopefully allow us to ask if this is indeed the case.”